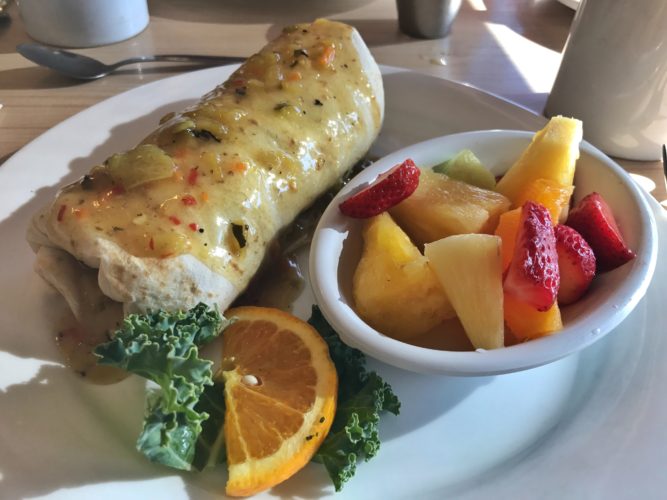 How to Lose Weight Eating Hamburgers, Pizza, and Chocolate Cake

Friends, family, and long-time readers know this is not the first time I’ve tried to lose weight. I went vegan. I’ve lived the low-carb lifestyle. I even tried a dangerous weight loss drug, with spooky results.

Every time, on every diet, I lost weight. Every time, after the diet ended, I gained all that weight back — and more. (Sound familiar?)

This year, when the scales hit an all-time high of 230 pounds (and I started seeing signs of insulin resistance, a precursor to Type II diabetes), I knew I had to make a real and meaningful change. As part of a New Year’s resolution, two good friends started Weight Watchers; seeing their success, Clyde wanted to give the program a try.

I smirked. Honestly? I thought of Weight Watchers as old-fashioned. I associate the Weight Watchers brand with relatives in the 1970’s who guzzled Tab cola, weighed every ounce of food they ate, harness themselves to those fat-jiggling weight-loss machines, and never seemed to see any success.

More recently, I’ve seen Weight Watchers meetings at work, where people bare their souls (and bodies) to co-workers, with some stripping down to slips (!) before the weekly weigh-ins — an approach that, while apparently good for some, is definitely not for me.

So when I signed up for the on-line only Weight Watchers plan, I did so mostly out of support for Clyde and his weight-loss goals. That was back back in March.

I haven’t had to give up foods I love. I never feel deprived or left out. I’m not hungry.

In May, I celebrated our 25th anniversary with a lavish meal: a craft margarita, an octopus appetizer, lobster, chocolate cake. 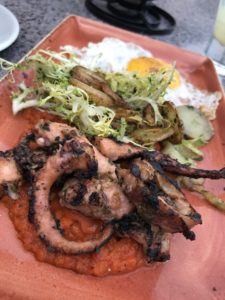 During our drive across Arizona, I enjoyed an In-and-Out burger and fries. Later that same week, in Las Vegas, we ate our fill at the infamous Bellagio Buffet, gobbling down peeled shrimp, calamari, mussels, and salmon.

Near the end of that trip, I indulged in deep dish Chicago-style pizza. 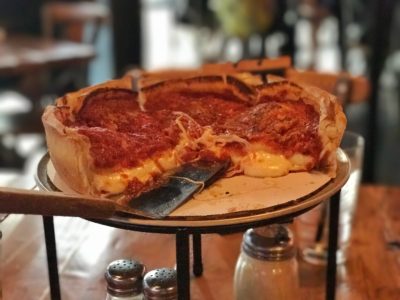 This past weekend, after a stir-fry piled high with veggies, shrimp, and scallops, I had a decadent scoop of gelato.

This is the modern Weight Watchers diet plan: a plan so flexible, I can go on vacation, treat myself, dine indulgently, and still lose a pound by the time I get home.

This is Not Your Grandma’s Weight Watchers

I don’t go to meetings. (You can, and if they would help you, you should.) Instead, I pay about five dollars a month for access to the Weight Watchers app: a (somewhat buggy) dietary calculator. 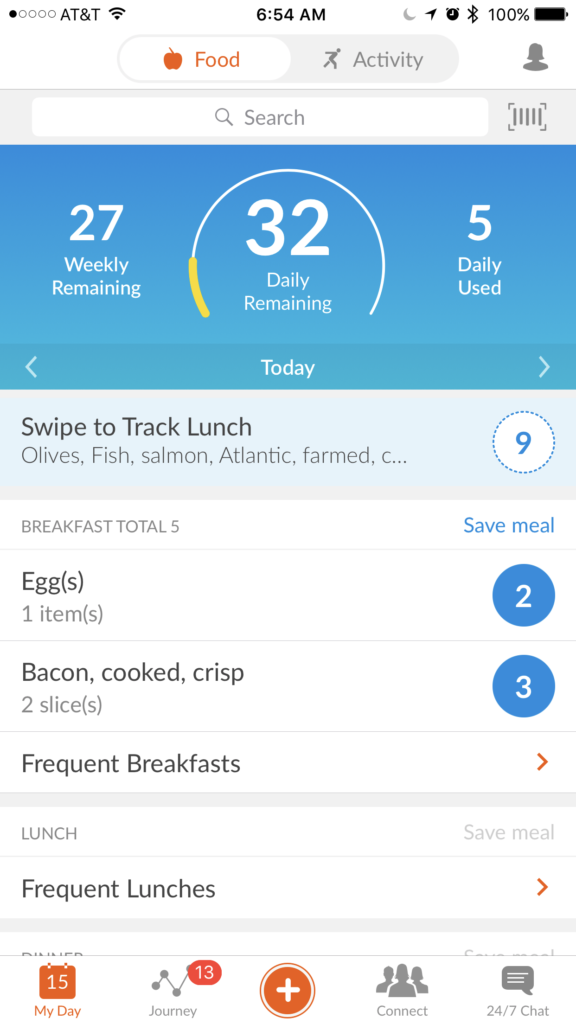 The app awards me a number of points per day based on my gender, my current weight, my activity levels, and my weight loss goals. (Currently, I get 37 points per day.) Over time, as you lose weight, the number of daily points the app provides will slowly, slowly, go down. (I started with 42. Weeks later, that number dropped to 39, and then, finally, to 37.)

The app also provides a number of weekly points to sprinkle in as needed throughout the week. (I get 42 of these points per week, but rarely use them.) You can think of these points as “indulgence” points, or, as one co-worker told me, “Those are my alcohol points!”

No Calorie or Carb Counting

Instead of counting calories, I just enter what I want to eat in the app. (I can type it in, or, if the food is out of a package, I can scan the bar code on back.) The app tells me how many points that choice will cost me, and, if I think that food is worth the investment, I tap a “Track This Food” button and eat up.

This approach does two things:

1) It imposes limits without creating “forbidden foods.” You know the drill: you sit down in a Mexican restaurant, and, before your order arrives, you’ve plowed through an entire basket of fried tortilla chips.

I still have those chips — but now I know twelve of them equals four of my 39 daily SmartPoints, so instead of mindlessly gobbling several dozen, I set twelve aside and really enjoy them.

Over time, without counting calories or carbs, you begin very naturally to limit and budget what you eat.

My standard order at a Mexican restaurant used to be three hard-shell all-beef tacos and a bowl of cheese dip. (And I could still have that, if I wanted to, if I decided the order was worth 33 of my 39 daily points.) Now, I order three soft shrimp tacos with spicy pico and salsa for 10 points.

If you’re the sort of person who enjoys a margarita with your Mexican food, you can decide whether you want to spend 17 points on 8 ounces of a sugar-laden drink, 5 points on 12 ounces of beer, or 3 points on a tequila shot, or no points at all on unsweet tea or water.

Going out for pizza with friends later tonight? I’ll have a low-point salad at lunch. (Fruits and vegetables cost zero points.) Feeling a need to have one of the donuts a co-worker brings to a meeting? I can decide which will satisfy me more: half a donut now for four points, or splitting a dessert at dinner with Clyde for eight.

Seafood turns out to be a decadent treat, and you can eat a lot of it for very few points. a dozen large fried shrimp? Five points (and worth it). Last night, out with friends at a Korean BBQ restaurant, I ate stir fry piled high with veggies, peppers, scallops, and calamari, served over shredded zucchini and squash (instead of rice). That whopping bowl of spicy goodness cost me just four points.

Unlike the dramatic (and mostly water-related) weight drops I had on low carb diets, weight loss on Weight Watchers is slow. (So far, about a pound a week.)

I’m okay with that. I didn’t become an obese person overnight, so it doesn’t make sense that I would reach a healthy weight overnight.

What’s reassuring about this approach is that I can eat real food, in virtually any restaurant or circumstance, and, over time, learn which choices will help me reach my goals.

I never felt that way about low-carb diets. (I always knew that, eventually, I’d want some bread.) But I do feel that way about Weight Watchers. I can live with this — without ever feeling like I’m being deprived of the foods I love.

In the end, Weight Watchers is less about gimmicks and magic formulas … and more about re-education and mindfulness. Right now, today, that feels like something I can do forever — less like a diet and more like a healthy way of thinking about food and life.

If you’re looking for a way to lose weight, you should definitely consider the modern Weight Watchers plan.

(A disclaimer: Always consult your doctor before beginning a diet plan of any kind. I’m not a health-care professional, and don’t pretend to be. Here, I share what works for me. You should always make the choices you feel are best for you.) 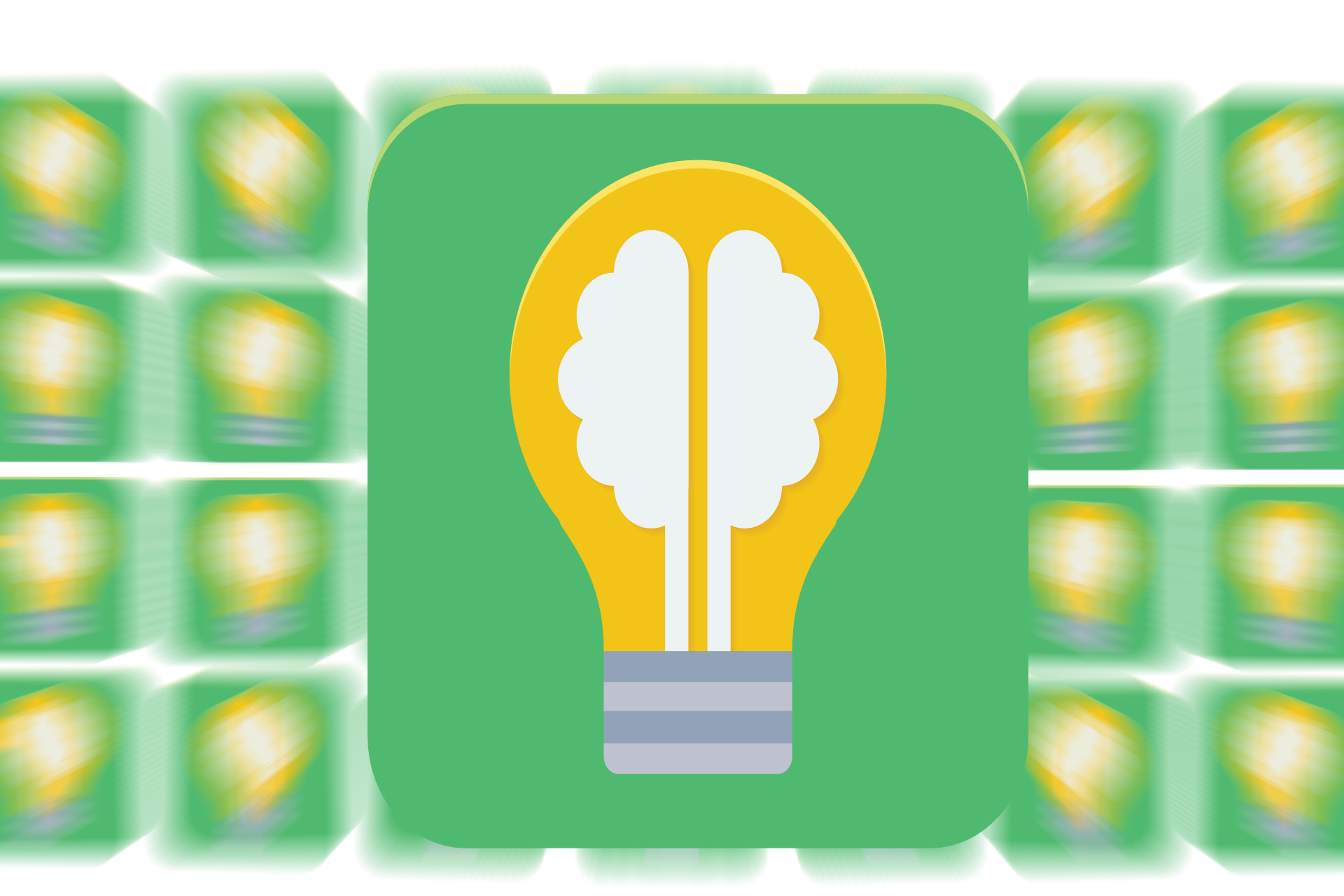 Topamax – The Price of Loss

All my desires shut down, and depression begins. 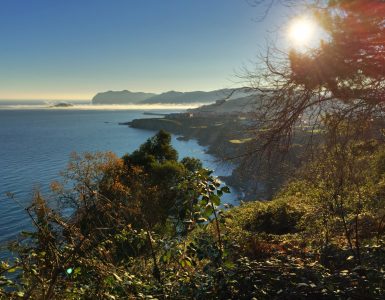 I decide I'd rather gain weight than lose myself. 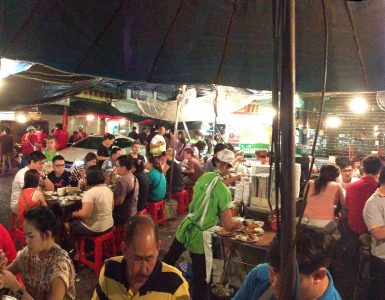 On Topamax, my appetite continues to decline. 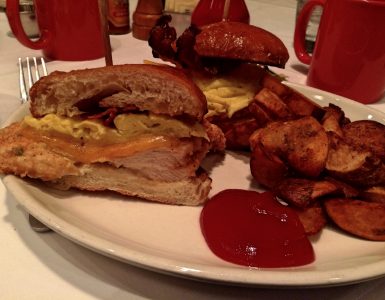